Posted on October 8, 2013 by Conservatives Against Tyranny 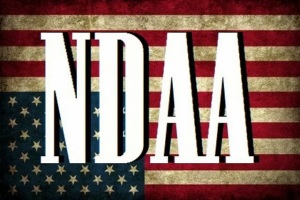 “On October 7, 2013, the Albany, NY Common Council unanimously passed Resolution 80.92.13, 11-0, becoming the first city in America to prohibit indefinite military detention without charge or trial, specifically under the 2012 National Defense Authorization Act, to declare it is not a “battlefield” and resolve that its citizens and residents are not subject to “detention under the law of war.”

The 2012 National Defense Authorization Act was overwhelmingly passed by Congress and signed into law by President Barack Obama on December 31, 2011. The 2012 NDAA declares the United States to be a battlefield in the war on terror and Sections 1021 & 1022 authorize the indefinite detention, without charge or trial, of all persons, including American citizens, accused by the President of undefined “support” for terrorist activity or commission of a ‘belligerent act”. This violates multiple provisions of the US Constitution, in addition to the 1st, 3rd, 4th, 5th, 6th, 8th and 14th amendments.

People Against the NDAA (PANDA), a national, nonpartisan, grassroots organization founded in January 2012, is committed to reversing the NDAA’s unconstitutional authorizations with activism to affect policy at the state and local government level. PANDA started in Bowling Green, OH and has since expanded into over 30 state teams nationwide.

Unlike in California, Alaska, and other states that purported to block the NDAA, but only require the state to stand down and allow Federal officials to implement it nonetheless, Resolution 80.92.13 recognizes the application of the Law of War to residents/citizens of Albany to be unconstitutional.

Now that they know this is unconstitutional, every peace officer, elected official, or other person who takes an Oath to the U.S. Constitution in the City of Albany is required to interpose against those attempting to implement military detention or the “law of war” in Albany.

Under the Constitution, instead of mere noncompliance, this resolution requires interposition to protect the rights of the people and stop the Federal government from implementing military detention in the city. Period.

Indefinite detention for any reason is unconstitutional and cannot be allowed. At least here in Albany we believe in those liberties our armed forces fought so hard for.

This resolution was a collaborative effort between PANDA, the Patriot Coalition, Project SALAM, Jesse Calhoun, the Occupy Albany Civil Liberties Initiative, 518 Liberty Action Alliance, Campaign for Liberty New York, many other organizations, and numerous citizens from Albany and around the nation who flooded the council with calls, emails, written letters, and showed up for the vote.

I have never been more proud to be from the State of New York than I am today, because today reminded me that politics can still be noble, and government still responds when the cries of its people are loud enough, and persistent enough.

Albany’s stand proves that citizen activism works. One city, however, is not enough.

Albany could be the start of a tidal wave. It’s time for every city in America to take the same step. To accomplish this, PANDA has put together a “Take Back” packet to defeat indefinite detention in your city.

It’s time to really stop the NDAA across America. The “Take Back the Town Campaign” Beta launches today. It’s time to take back your town.

America is only a Republic…if we can keep it.”

This entry was posted in Freedom/Activism News, Police State and tagged NDAA,, Nullification,. Bookmark the permalink.